The climate in Australia is relatively arid, with 80% of the land having a rainfall less than 600 millimeters per year and 50% having even less than 300 millimeters.

The rainfall patterns across Australia are highly seasonal. It however rains more in winter than in summer by approximately 11%, and compared to the Earth's other continental landmasses Australia is very dry. More than 80% of the continent has an annual rainfall of less than 600 mm (24 in); only Antarctica receives less rainfall than Australia.

In Australia, snow falls on the highlands near the east coast, in the states of Victoria, New South Wales and Tasmania and the Australian Capital Territory. There is a regular snow season in several areas which have seasonal ski tourism industries. Sometimes snow has even been reported in the mountains of South Australia, Western Australia and Queensland, though this is rare.

Climate by state and territories

The weather in the south of the state is generally hot in summer and cool in the winter as the seasons are well-defined in the south. The hottest New South Wales Climate region is the north-west part of the state. Over half of New South Wales has an arid or semi-arid climate. The Snowy Mountains region in the south-east falls in the alpine climate/highland climate zone, with cool to cold weather all year around and snowfalls in the winter. Further inland, the climate gets semi-arid and a desert climate towards the western part of the state. The coldest region is the Snowy Mountains where the snow and frost continues for quite long durations during the winter months. The highest maximum temperature recorded was 49.8 °C (121.6 °F) at Menindee in the state's west on 10 January 1939.

Because of its size, there is significant variation in climate across the state. Low rainfall and hot summers are typical for the inland west, a 'wet' season in the far north, and warm temperate conditions along the coastal strip. The climate of the coastal strip is influenced by warm ocean waters, keeping the region free from extremes of temperature and providing moisture for rainfall. The highest maximum temperature observed in the state is 49.5 °C (121.1 °F) at Birdsville on 24 December 1972.

The majority of the state has the arid and semi-arid climates. The southern coastal parts of the state have a Mediterranean climate with mild wet winters and hot dry summers. The highest rainfall occurs along the southern coasts and the Mount Lofty Ranges, the lowest rainfall occurs in the Lake Eyre basin. South Australia's mean temperature range is 29 °C (84 °F) in January and 15 °C (59 °F) in July. Daily temperatures in parts of the state in January and February can be up to 48 °C (118 °F). The highest maximum temperature was recorded as 50.7 °C (123.3 °F) at Oodnadatta on 2 January 1960, which is the highest official temperature recorded in Australia.

Tasmania has a cool temperate climate with four distinct seasons. Summer lasts from December to February when the average maximum sea temperature is 21 °C (70 °F) and inland areas around Launceston reach 24 °C (75 °F). The winter months are between June and July and are generally the wettest and coolest months in the state, with most high lying areas receiving considerable snowfall. Winter maximums are 12 °C (54 °F). The highest recorded maximum temperature in Tasmania was 42.2 °C (108.0 °F) at Scamander on 30 January 2009.

Victoria has a varied climate despite its small size. It ranges from semi-arid and hot in the north-west, to temperate and cool along the coast. Victoria's southernmost position on the Australian mainland means it is cooler and wetter than other mainland states and territories. Average temperatures top 30 °C (86 °F) during summer and 15 °C (59 °F) in winter. Victoria's highest maximum temperature of 48.8 °C (119.8 °F) was recorded in Hopetoun on 7 February 2009.

The Northern Territory has two distinctive climate zones. The northern end, including Darwin, has a tropical savanna climate with high humidity and two seasons, the wet (November to April) and dry season (May to October). The highest maximum temperature recorded in the territory was 48.3 °C (118.9 °F) at Finke on 1 and 2 January 1960.

If you would like to know more about other cities in Australia, please contact our education advisors, 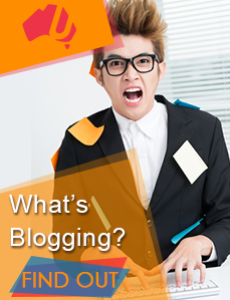